Sakai’s bicycles developed based on the knowledge and experience of gunsmiths. 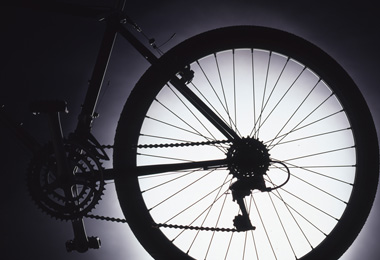 It is believed that the first bicycle in the world was the Draisienne, a bicycle with wooden handlebars that is advanced by kicking the ground with both feet, invented by German Baron Karl Drais von Sauerbronn in 1818.

In the 19th century, bicycles were introduced into Japan. From around 1870, the import of bicycles gradually increased, and by 1899, they had come into wide use due to bicycle rental on an hour-to-hour basis and domestic production of bicycles.

At that time, it was gunsmiths, who had good knowledge and deep experience in machinery and metal, who were engaged in repairing bicycles and manufacturing bicycle parts in Sakai City.

World War I (1914 – 1918) triggered establishment of the bicycle industry in Japan. By that time, Japan still relied heavily on imported bicycles; however, most imports stopped due to the war and Japan had to domestically manufacture products, including entire bicycles.

During this period, Sakai dramatically developed as a major bicycle production area.

Now, it is said that without bicycle parts manufactured in Sakai, Japan’s bicycle industry would not function. In response to diversified needs, various finished bicycles are also created there.